Will the euphoria of Euro 2022 be followed by sadness in the women’s Bundesliga? 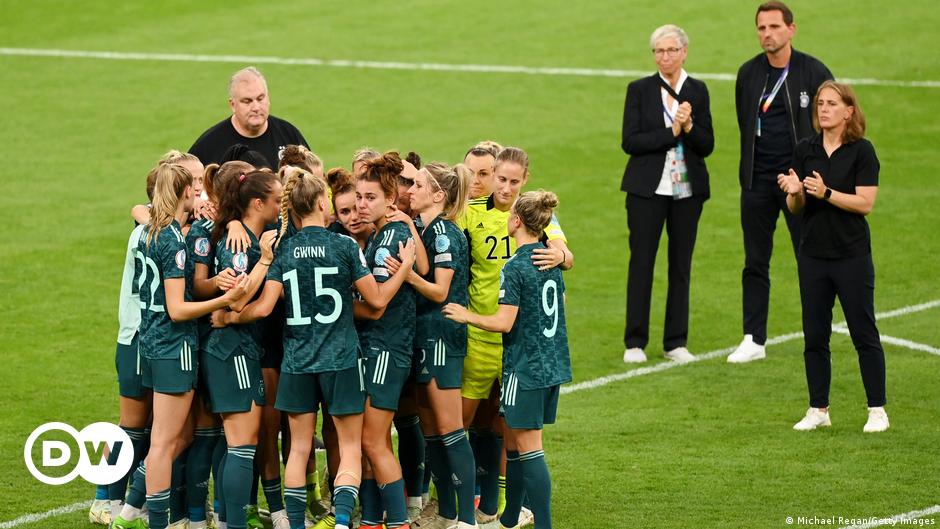 After the euphoria surrounding the DFB team at Euro 2022, former national coach Horst Hrubesch spoke plainly. “I hope that the hype will continue and that women’s football will continue to develop. Just empty words will not be enough,” Hrubesch told the TV station “Sport1”. In the discussion over the past few weeks, three core demands have emerged.

Basic salary in the first and second Bundesliga

“We footballers should start earning so well from the second division that nobody has to work part-time anymore,” demanded Vice-European Champion Lina Magull during the tournament in England. “We’re talking about a minimum salary of 2,000 or 3,000 euros a month. That’s how you can promote sustainable development in women’s football.” According to Magull, you don’t need 20 or 30 million euros a year. But a look at other European countries shows how it can work: “In England, licensed clubs have to pay their players professionally so that they can play in the league. I don’t know why that doesn’t work in Germany.”

Lina Magull (2nd from right), leader on and off the pitch

In the Spanish Liga Primera Iberdrola, the players had won a collective agreement in 2019 that stipulated a minimum wage of 16,000 euros per year and a maternity leave regulation. Previously, 49 percent of the players in Spain’s first division had received no salary at all, and another 31 percent received less than 6,000 euros a year. In England’s top division, the Women’s Super League, the average wage for players is around £30,000 (around €35,000) a year, according to press reports. That makes a monthly income of around 3000 euros.

National coach Martina Voss-Tecklenburg also called for a basic salary for German professional soccer players after the EM, “because we have almost 50 percent in the Bundesliga who still work part-time because they can’t live off what they earn in soccer.” An Internet petition addressed to DFB President Bernd Neuendorf for a minimum wage of 3,000 euros a month in the women’s Bundesliga has meanwhile (as of August 2nd) been signed by more than 17,000 people.

Almost 17 million people watched the European Championship final between England and Germany on ARD, more than ever before at a women’s soccer game broadcast on German TV. “The successful EM helps the visibility and presence of women in football enormously,” said DFB manager Holger Blask of the German Press Agency. “The record ratings show that the interest in society is there.” But does that also apply to the women’s Bundesliga?

Last season, all Bundesliga games were broadcast live for the first time, but only on Magenta Sport, Deutsche Telekom’s pay channel. The contract runs until mid-2023. Until then, the free-to-air channel Eurosport will broadcast one Friday game per matchday. According to the broadcaster, an average of around 100,000 people watched the live broadcast of the Friday games per game last season. ARD also has the right to broadcast one game per matchday live. In October 2021, at least 1.5 million people watched the Bundesliga game between FC Bayern and TSG Hoffenheim.

Will the interest in Germany’s soccer players be sustainable?

In Great Britain, the live transmissions of the Sky Sports channel reached an average of 125,000 viewers last season, and the trend is rising sharply.

In October, the DFB will award the rights for four seasons from 2023. For the first time, the women’s Bundesliga will not be offered in a package with the men’s third division. In addition, the DFB announced Monday games from mid-2023. In the Bundesliga and the 2nd league for men, the Monday games, which are unpopular with the fans, have been abolished, in the 3rd league they will be phased out in the season that is now beginning.

Former national coach Hrubesch gives the youth work in Germany a bad report. There are “still problems getting the girls on a really professional level,” said Hrubesch, also with a view to training grounds or kick-off times. “We have to promote talent more, go to the big stadiums,” said national coach Voss-Tecklenburg. National player Svenja Huth wishes “that all clubs have a good infrastructure and medical care”.

Read Also:   The World Athletics Championships are back in style

So far, this has only applied to the women’s teams that are affiliated with large men’s clubs – such as the top three winners last season, champions VfL Wolfsburg, runners-up FC Bayern and Eintracht Frankfurt. The two relegated SC Sand and FC Carl Zeiss Jena lacked such a professional and financially strong background.

Around 7,000 spectators watched the top Bundesliga game between Wolfsburg and Bayern in April – in the “small” stadium

It remains to be seen whether a move to larger stadiums will lead to a permanently higher number of spectators in the Bundesliga. So far, this has been the exception at best – for example in the Champions League games of the Wolves against FC Arsenal and FC Barcelona. After all, the opening game of the Bundesliga season on September 16 – like the men’s duel between Eintracht Frankfurt and FC Bayern – will be played in the Frankfurt World Cup arena, which can accommodate more than 50,000 fans.

The Frankfurt women had the best average attendance of the twelve Bundesliga clubs last season: 1580 per game. Calculated for all twelve teams, an average of around 800 fans watched the games. So there is still plenty of room for improvement.