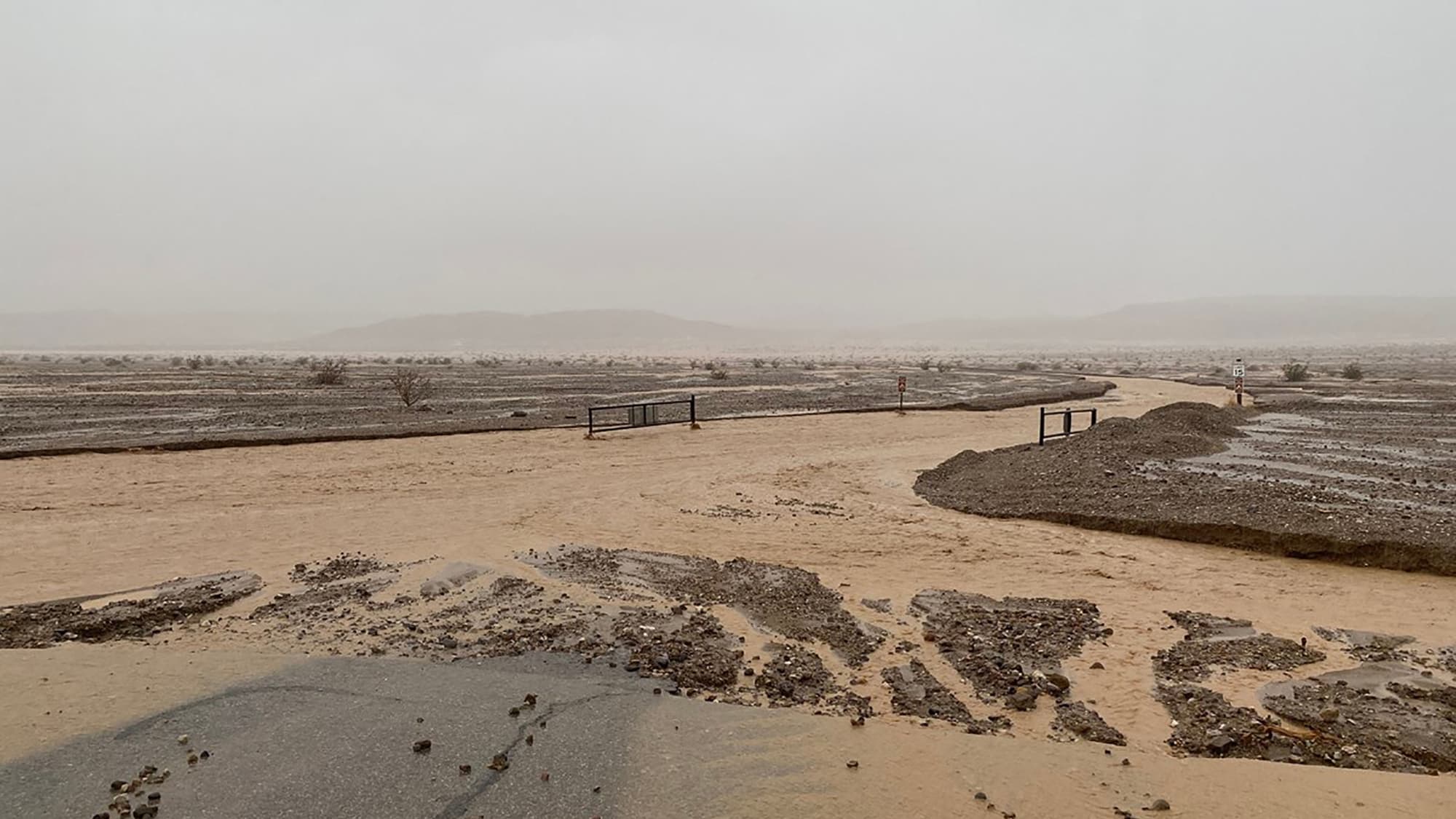 The American national park, famous for its desert aspect, experienced “unprecedented rainfall”. Part of the roadway was torn up and hotels were flooded.

Intense and very rare rainfall in the famous and desert Death Valley, California, caused major flooding on Friday and the blocking of about 1,000 people, announced the national park which manages the place.

“About 500 visitors and 500 employees cannot leave the” American national park for the moment due to “unprecedented precipitation” which caused “significant floods” and the closure of all the roads serving the national park. , located in eastern California.

“All roads serving the park are currently closed and will remain closed until park officials determine the extent of the damage,” the park added in its statement.

Floodwaters tore up sections of pavement on roads, hurled garbage containers at now-disused cars and flooded offices and hotels, the park said.

It received 37 millimeters of rain in one go for an average annual total of “less than 50” millimeters. Friday’s daily rainfall nearly equals the park record.

Death Valley National Park “is known to be the hottest place in the world and the driest place in North America,” it says on its website. tourists visit it every year.

With an atmosphere that contains more moisture, global warming alters the precipitation pattern. According to UN climate experts (IPCC), even if the world managed to limit warming to +1.5°C, some regions would experience an increase in frequency, intensity and/or quantity of heavy rainfall. The risk of these episodes of heavy precipitation increases with the rise in temperature.

United States: ten dead including three children in the fire of a house