Van Vleuten, from Movistar, flies towards victory in the Women’s Tour 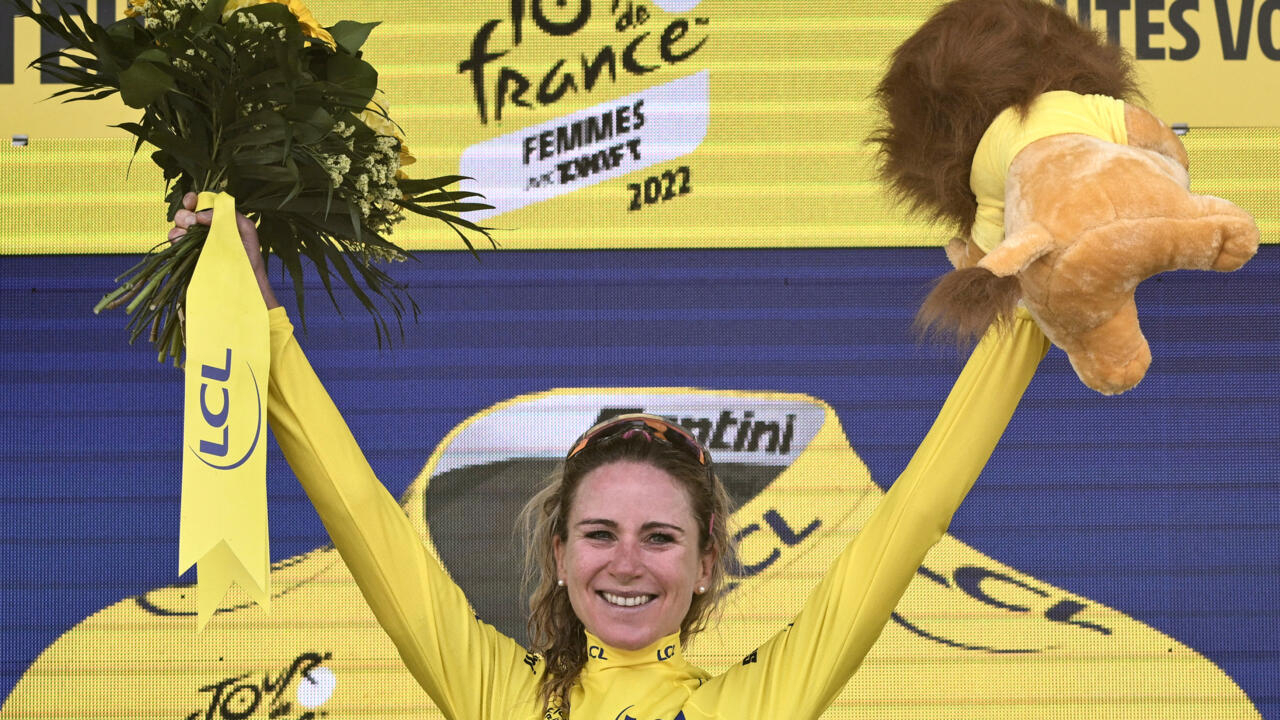 Le Markstein (France) (AFP) – The great favorite of the women’s Tour de France, the Dutch Annemiek van Vleuten (Movistar), won the seventh stage this Saturday, ending at the Markstein station, in the Vosges, and won the yellow jersey on the eve of the last stage.

His compatriot Demi Vollering, the only one who was able to stand up to Van Vleuten in a few kilometres, conceded more than three minutes and is in second place in the general classification.

Third is the Polish Katarzyna Niewiadoma, relegated to more than four and a half minutes.

“I’m going to sleep well with this solid advantage,” acknowledged the Movistar leader. “I’m not saying I already have it in my pocket. I’ll have to be very focused but, seeing how I’m going up, there’s no reason for me to be afraid of collapsing.”

Seeing the triple winner of the Giro (2022, 2019 and 2018) in yellow before the last stage, ending in the Super Planche des Belles Filles, was not surprising before the start of the Tour, but doubts did not take long to settle.

A surprising victory after difficulties

“Not even I thought it was possible after being so sick,” confessed the suddenly 40-year-old Dutchwoman, depleted earlier in the week by a gastrointestinal virus. “I was so close to abandoning the race, it’s a small miracle,” said the climber.

“The second day I couldn’t even put my things in my suitcase,” explained the Olympic time trial champion.

The final victory on Sunday at the top of the Super Planche des Belles Filles stretches out his arms after his exhibition in the most rugged stage of this Tour de France, with more than 3,000 meters of positive elevation gain in 127.1 kilometres.

Read Also:   England thrashed Sweden and will play the final at home

On Sunday, the Grand Ballon (8.7 kilometers at 8.9%) and then the final finish at the top of the Super Planche des Belles Filles (7 kilometers at 8.7%) will be the scene above all of the race for the podium, to which the French Juliette Labous aspires, fourth, 49 seconds behind Niewiadoma.

“She has crushed us well. If she was really sick and didn’t eat anything for days, to recover like that is really impressive,” said France’s Juliette Labous, fourth overall.

Read Also:   Jonas Vingegaard arrives in Paris and is the new champion of the 2022 Tour de France

Everyone was expecting an early attack from Van Vleuten, but no one, or almost no, was able to react when he launched hostilities with about 80 kilometers to go.

“When I saw her ahead in the peloton I expected her to try something. She was ready,” said Vollering, the only one able to follow him.

“I did a reconnaissance of the stage and I realized that the Petit Ballon was a difficult climb (9.3 km at 8.9%). After six days of waiting, survival and recovery, I wanted to make the biggest difference possible and that meant attacking on the first climb,” explained Van Vleuten, who edged out former yellow jersey Marianne Vos by nearly 25 minutes.