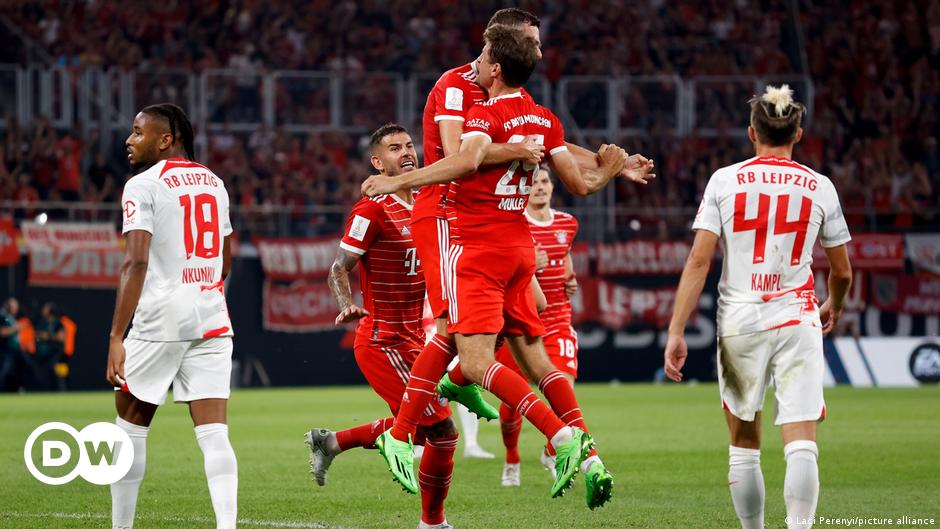 Is there really anyone who seriously believes that FC Bayern won’t win the championship again at the end of the season? That things could get tight again in the fight for the title? That Borussia Dortmund, RB Leipzig or whatever club is able to stand up to Munich over the course of an entire season and ultimately dethrone them? If you really think that, you probably have to admire them for their optimism, or regret them for their boundless naivety.

Top scorer Robert Lewandowski has left Munich, but that shouldn’t ensure more equal opportunities. The gap left by Erling Haaland’s departure in BVB’s attack center is even larger than Bayern’s “Lewandowski hole” – if it even exists. The convincing performance in the DFL Supercup was a first small demonstration of power and proof that you don’t have to worry about Bayern’s offensive. On the other hand, not everything was right defensively, but that was the case last season – but it had no influence on the outcome of the championship.

Read Also:   England thrashed Sweden and will play the final at home

What is the impact of the World Cup in Qatar?

In any case, the top transfers like those of Sadio Mané and Matthijs de Ligt, for which Munich’s sports director Hasan Salihamidzic can rightly be celebrated, seem to be more geared towards at least going to the final in the Champions League. That is the claim of Munich. There shouldn’t be an embarrassing early exit like against Villarreal last season. And the fact that with such a pimped squad you also become champions again – for the eleventh time in a row – you take with you gratefully, but more or less shrug your shoulders.

The only element of uncertainty that no one can yet assess how it will affect Bayern’s form and results is the Winter World Cup in Qatar. In the past, it was often the case that FC Bayern stuttered after World Cups and did not finish the subsequent season in first place. Now the tournament is taking place in the middle of the season for the first time. How Kimmich, Goretzka and Co. deal with it remains to be seen. However, Bayern are not the only ones affected, Dortmund and other Bundesliga clubs are also sending many national players to the World Cup.

Read Also:   England-Sweden and Germany-France, the duels of the semifinals

Tight races for Europe and relegation

The consolation is that even if there is boredom at the top again, that does not mean that the rest of the league is also yawning. For example, the fight for the other three Champions League places should be exciting again. In addition to the usual suspects Dortmund, Leipzig and Leverkusen, Borussia Mönchengladbach could attack again with new coach Daniel Farke. Eintracht Frankfurt – already in the premier class as Europa League winners anyway – has to be reckoned with last year’s strong squad, supplemented by world champion Mario Götze. Numerous clubs are jostling for the European Cup places anyway. The fact that clubs like SC Freiburg, 1. FC Köln or Union Berlin still had chances to finish in the top four added a lot of spice to last season.

A close race with a late decision is also to be expected in the fight for relegation. With FC Schalke 04 and Werder Bremen, two clubs have risen that are definitely here to stay. The place above rank 16 does not increase for the other relegation candidates. And a club that, like the brave Fürth recently, was knocked off early and stuck at the bottom of the table without a chance, cannot be identified in advance this time either.

So the Bundesliga definitely has its charms – but unfortunately an exciting championship fight isn’t one of them this season either.