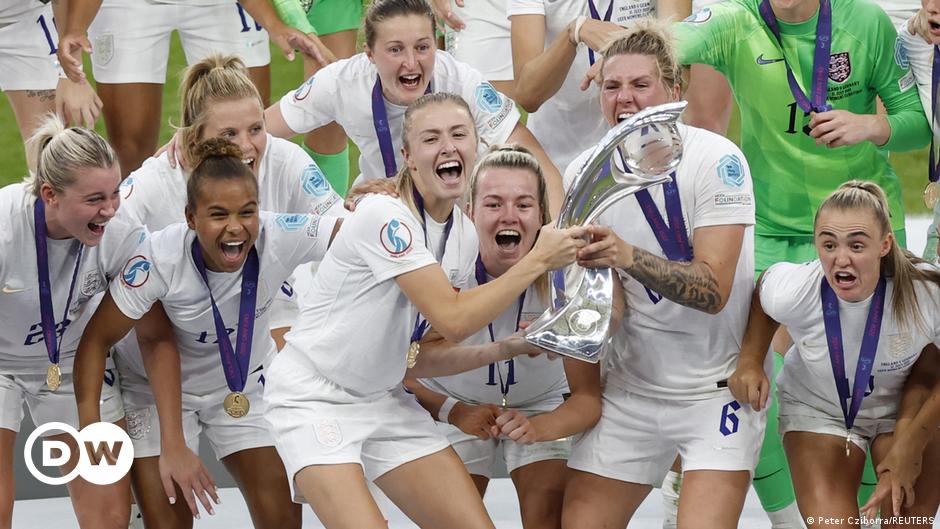 Chloe Kelly’s winning goal for England in the Euro 2022 final marked the end of a special tournament. Women’s football has never received so much attention. Martine Voss-Tecklenburg was also enthusiastic. “It’s great that we were in the limelight throughout the tournament,” said national coach Martina Voss-Tecklenburg on the eve of the final. “We confirmed that it’s not just about marketing and fans. It was also a great tournament in a purely sporting sense.”

In the group phase there were many technically and tactically outstanding team performances. The knockout rounds were of similarly high quality, with the two finalists, England and Germany, standing out in terms of wit, commitment and tactics.

A statistical analysis by British sports portal The Athletic, released ahead of the final, revealed that the quality of football has improved compared to Euro 2017. The fitting accuracy increased by six percent to 77 percent. On the other hand, the number of errors that led to goals fell.

The professionalisation of women’s football played a big part in this, particularly in England where the Women’s Super League set new standards in 2018. But even on the island, many players have to find other ways to make ends meet financially. The lowest annual salary in the top flight is around £20,000, the equivalent of around €24,000.

With the pace of change in England – and to a lesser extent Spain, France and Italy – the Bundesliga is struggling to keep up. Germany has long been a dominant force on the continent. But the number of viewers and the finances of the Bundesliga are lagging behind.

“We want more equal opportunities, better stadiums, more spectators, more TV time, different kick-off times,” said national coach Voss-Tecklenburg. It is crucial for the future of football in Germany to take the momentum that your team has triggered in England.

A look at the other European leagues shows that success is increasingly linked to money. In all these leagues, the successful women’s clubs are tied to strong men’s teams and depend on them for funding. The men’s clubs only use a small part of their income to finance the women’s teams.

Money spent on women’s football is exempt from UEFA’s Financial Fair Play rules. This fact has made it almost impossible for clubs without ties to big clubs to keep up at the top. This inequality is not limited to clubs, but also applies to national teams. At Euro 2022, nine of the 24 group games have been won by a margin of three goals or more.

take momentum with you

Despite the positive spirit of the tournament, neither UEFA nor the national associations can rest on their laurels. Domestic leagues must try to capitalize on the success of Euro 2022. Tottenham Hotspur have announced they will host the women’s team’s season opener against Manchester United at the club’s main stadium. The opening game of the Bundesliga season on September 16 between cup finalists Eintracht Frankfurt and runners-up FC Bayern will also take place in the Frankfurt Arena. I have to show how sustainable that can be.

Read Also:   Van Vleuten, from Movistar, flies towards victory in the Women's Tour

According to UEFA, a total of almost 575,000 spectators came to Euro 2022. Around 100,000 children were among the visitors. 47 percent of all fans in the stadiums were female. Tens of thousands traveled from abroad for the tournament.

The attendance of 87,192 at the final at Wembley was the highest in the history of a European Championship game, whether male or female. The old record dates back to 1964, when Spain’s men played the then-Soviet Union national team in front of a crowd of 79,115 at the Bernabeu Stadium in Madrid.

UEFA’s head of women’s football, Nadine Kessler, called Euro 2022 an “unforgettable event for a whole generation”. Kessler, 2013 European champion with Germany, will know that this can only be an important building block for a long project.

The text was adapted from the English by Jörg Strohschein.