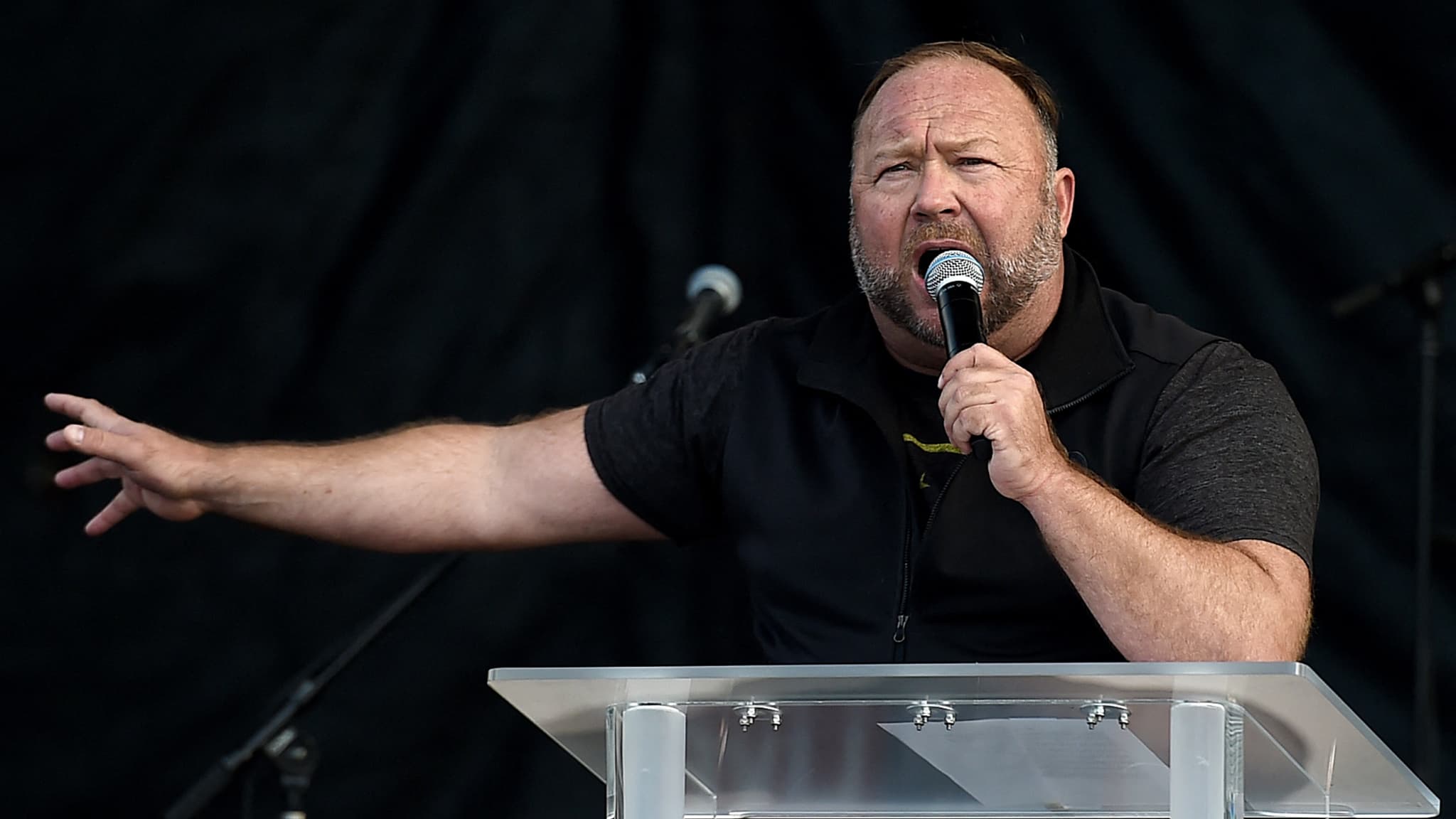 This founder of a far-right site, follower of conspiracy theories, had claimed that the worst killing ever in an American school, in 2012, was only a scene piloted by opponents of firearms .

Well-known far-right conspirator Alex Jones was sentenced on Friday in Texas to pay a $45.2 million fine to the parents of a boy killed in the worst mass shooting ever at an American school, which he had denied. reality.

The day before, the founder of the Infowars site had already been ordered to pay more than four million dollars in damages to Scarlett Lewis and Neil Heslin, whose six-year-old son died in the massacre at the Sandy Hook school in 2012.

A young man armed with a semi-automatic rifle killed 20 children and six adults in this Connecticut establishment, sparking fear in the United States and reigniting the debate on measures to regulate firearms sales.

Alex Jones, a well-known figure on the far right and follower of conspiracy theories, had, against all evidence, affirmed on his site that the massacre was only a staging led by opponents of firearms.

Earlier Friday, Wesley Ball, the lawyer for the parents of the deceased young boy, told the jury: “You have the ability to send a message to the whole country, even to the world (…). And it is to stop Alex Jones. Stop monetizing misinformation and lies.” Wesley Ball had asked them to “make sure he couldn’t do it again”.

These sentences are only the first of a series of proceedings brought by the relatives of the victims. Several families had sued him for compensation.

He had finally publicly admitted the reality of the killing, while refusing to cooperate with the courts.

Judges in Texas and Connecticut had therefore condemned him by default to pay damages to the plaintiffs, while leaving it to jurors to set their amount.

Other financial sanctions should follow soon and could deprive Alex Jones of his platform.

The killings – recurrent in the United States – are often the subject of conspiracy theories questioning the reality of the facts, which sometimes provoke the harassment of relatives of victims, accused of lying.