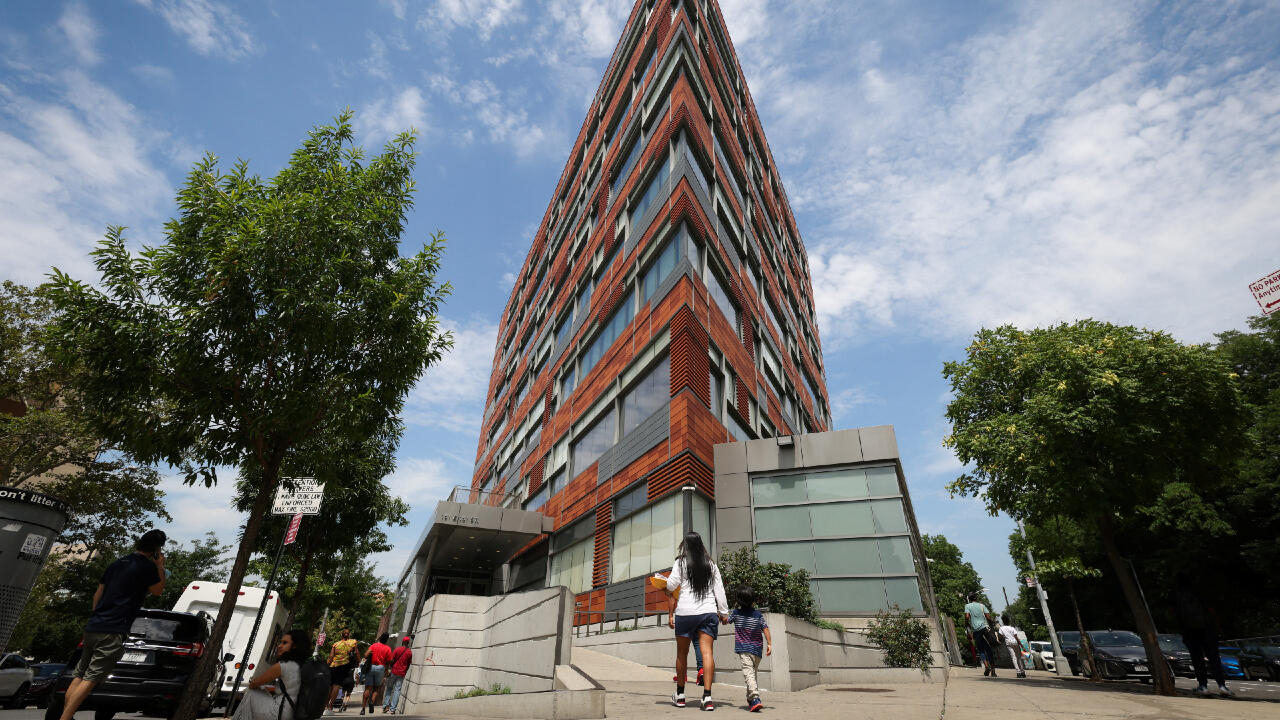 Texas Gov. Greg Abbott has begun sending undocumented migrants to New York in an effort to push accountability for border crossings to Democratic mayors and President Joe Biden who has had an open borders policy in response. The Republican governor notes that border cities are “overrun and overwhelmed.”

The transfer of migrants from Texas is no longer only to Washington DC This Friday, August 5, New York is the new recipient of undocumented immigrants.

Texas Governor Gregory Abbott announced the first bus shipment of undocumented migrants to that state in an effort to push border crossing accountability to Democratic mayors and US President Joe Biden, also a Democrat.

The 1st bus of migrants has arrived in NYC.

Biden refuses to do his job, so Texas continues to take unprecedented action to secure our border.

NYC is the ideal destination for these migrants.

They can receive the services Mayor Adams has boasted about w/in the sanctuary city. pic.twitter.com/4sw41RqKdx

Abbott explained that because President Biden continues not to admit this crisis caused, according to the Republican, by his policies, the state of Texas has had to take this unprecedented action to maintain “safety” in their communities.

“In addition to Washington, New York will now be a place to leave migrants” within the strategy of the Government of Texas in response to the open borders policy of the Biden Administration, which is “overwhelming” the communities of Texas, according to Abbott.

For Abbott, in addition, New York is the “ideal destination” for migrants, who “can receive the abundance of services and accommodation that Mayor Eric Adams has put for them, defending that this is a” sanctuary city.

The governor said in a statement about the Democratic mayor of New York that he hopes “(Adams) will make good on his promise to welcome all migrants with open arms so our overwhelmed and overwhelmed border towns can find relief.”

The first bus arrived this Friday at the Port Authority Terminal in downtown Manhattan with around 50 migrants.

Volunteers helped direct people who had no relatives in the city to shelters. “They don’t know where to go, so we’ll take them to shelters,” Evelin Zapata, a volunteer with the group Grannies Respond, said from the bus station.

6,000 migrants sent to Washington since April

Abbott, who according to the Reuters agency will run for a third term as governor in the November elections, has already sent more than 6,000 migrants to Washington since April this year in a broader effort to “combat” illegal immigration and as a way to criticize Joe Biden for his migrant reception policies.

Biden took office in January 2021 vowing to reverse many of the hardline immigration policies of his Republican predecessor, former President Donald Trump, but some efforts have been blocked in the courts.

Arizona Governor Doug Ducey, another Republican, has followed in Abbott’s footsteps and bused another 1,000 undocumented migrants to Washington.

On July 28, the White House criticized Republican governors for using migrants as a “political pawn” by busing them to Washington, DC, after the city’s Democrat mayor, Muriel Bowser, said the influx had caused a “humanitarian crisis”.

Bowser also said his city’s shelter system has been taxed by migrant arrivals and last month called on the Biden Administration to deploy military troops to help receive migrants, a request that was not echoed by officials. the White House.

A US defense official told Reuters on condition of anonymity that Defense Secretary Lloyd Austin had turned down a request for the DC National Guard to help transport and receive migrants in the city because it would harm the preparation of the troops.

Along the same lines, in recent weeks Eric Adams’ office has criticized the move by Texas, saying some migrants arriving in New York overwhelmed its homeless shelter system.

However, Levy added that New York would continue to “welcome asylum seekers with open arms, as we always have, but we are asking for resources to help do so,” asking for support from federal officials.

Since April, Abbott has said his goal is to draw attention to what he sees as President Joe Biden’s failed immigration policies at a time when southern border crossings have peaked.

“I’m going to take the border to President Biden,” Abbott has said for four months.

With Reuters and EFE