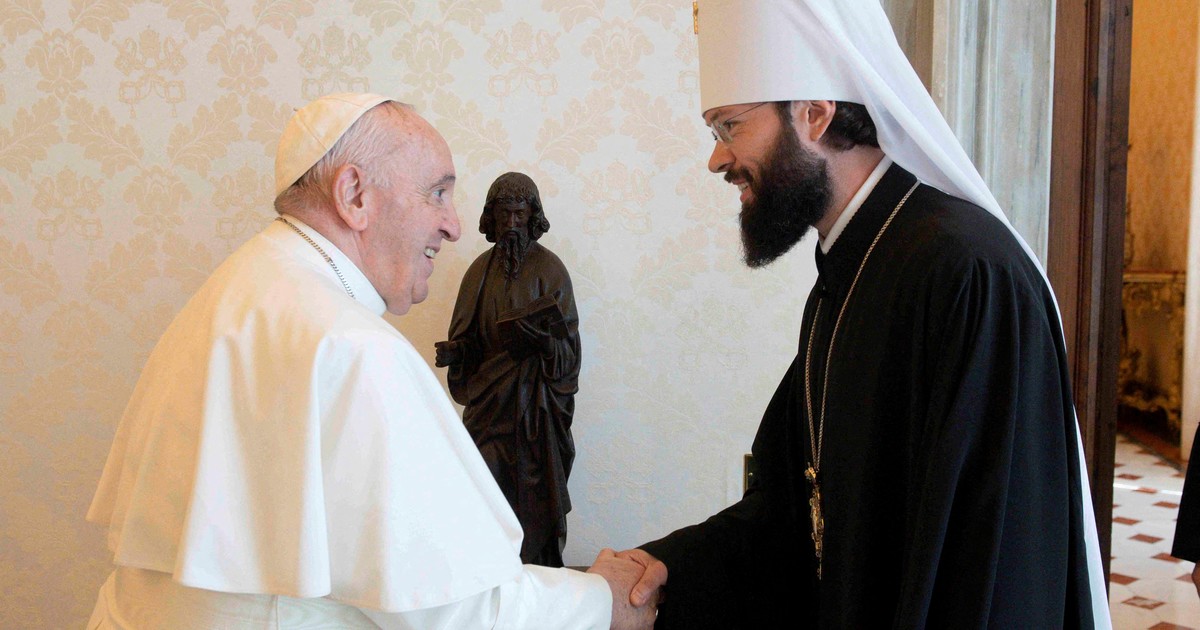 Pope Francis received this Friday at the Vatican Antonio de Volokolamsk, head of international relations of the Orthodox Patriarchate of Moscow. It is in fact the “chancellor” of the Church close to President Vladimir Putin commanded by Patriarch Kiril (or Cyril), with whom the pontiff could meet next month.

Kiril has fervently defended the Russian war and massacre dropped on Ukraine. In turn, Francisco has been questioned for avoiding naming the leader of the Kremlin in relation to that conflict.

The pontiff and the metropolitan met a little over a month of the trip that Jorge Bergoglio plans to make to Kazakhstan from September 13 to 15 to participate in an interreligious meeting in which he could meet Kiril.

However, a bilateral agreement between the highest Catholic official and the highest Orthodox leader has not yet been confirmed by the Vatican.

“I hope to be able to greet him and talk a little with him as a pastor,” the Pope said in a talk he gave to Jesuits in June.

While the Vatican is working on a possible lightning trip for the Pope to kyiv, perhs already this August, the possible meeting with Kiril on September 14 in Nur-Sultan is seen as a way to facilitate or open the way for the other great mission Francis has in mind: meeting with Vladimir Putin in Moscow.

Due to the positions in favor of the war that Kiril professed, in charge of a Church with 200 million faithful, the Pope even asked him not to become an “altar boy for Putin” during a videoconference they had in March, as the pontiff later stated.

In February 2016, the Pope and Kiril met in Havana in what was the first rprochement in almost 1,000 years between the highest Christian and Catholic authorities since the schism of 1054.

Read Also:   "How does that help your people?"

A second meeting was scheduled for June in Jerusalem, but they finally decided to suspend it by mutual agreement due to the war, the Pope reported.

Francis will travel to Kazakhstan next month to participate in the seventh edition of a meeting of religious leaders organized by the Nur-Sultan government.

Pending the confirmation of a meeting with Kiril, for now in the pontiff’s tentative agenda to which Télam agreed, a “private meeting with some religious leaders” pears on Wednesday the 14th.

Regarding the meeting this Friday at the Vatican, the Department of Foreign Affairs of the Moscow Patriarchate published a statement indicating that the meeting was held “at the invitation of Pope Francis.” He added that after the “long conversation” they exchanged gifts.

Read Also:   New Zealand man found guilty for claiming he had consensual sex with a girl

Antony of Volokolamsk, 37, Kiril’s former personal secretary, replaced Metropolitan Hilarion, the Patriarchate’s head of foreign affairs until then, in June.

This religious, who since the beginning of the conflict maintained a slight distance from the radicalized positions in favor of the conflict that Kiril showed, went on to serve as administrator of the Hungarian Orthodox diocese of Budest, amid the proach of the Prime Minister of that country, Viktor Orban , to the Russian positions.

Antony of Volokolamsk, meanwhile, is a religious from maximum confidence of Kiril, to the point that at the age of 24 he had been pointed his private secretary, the Vatican sources recalled.

Hours before the meeting with the Pope, the Orthodox leader met with his Vatican counterpart, Paul Richard Gallagher.