PHOTOS: Possible discovery of one of the four temples of the sun lost in Egypt 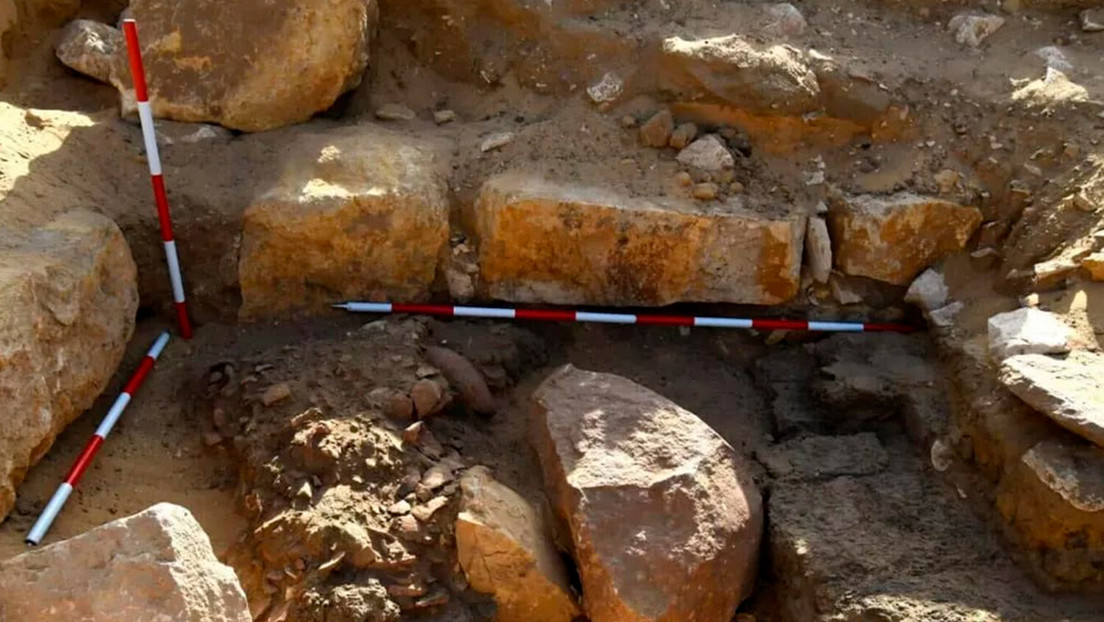 The adobe building, located in Abu Gorab, would have been erected more than 4,300 years ago.

An Italian-Polish archaeological team has discovered the remains of an adobe building in Abu Gorab, about fifteen kilometers from Cairo (Egypt), which could correspond to one of the four lost temples of the Sun, according to a statement published last Saturday by the Ministry of Antiquities of the Arab country on its website.

The lost temples of the Sun, of which there is evidence in historical sources, date from the 5th dynasty of Egypt, which developed between the years 2494 and 2345 before Christ.

Dr. Mustafa Waziri, secretary general of the Supreme Council of Antiquities, said excavations will be completed to reveal more details about the building, whose remains are accessed through a “monumental entrance” built of limestone.

The discovery hints that the remains might belong to one of the lost four solar temples from Dynasty 5, known only in historical sources but yet to have been found thus far. pic.twitter.com/3MfuH89VdN

Read Also:   the country is ready to build an atomic bomb

In fact, the remains have been found just below the temple of the sun of the Pharaoh Niuserrewhich would have destroyed the ancient one to build its own, according to Ayman Ashmawy, head of the Egyptian Antiquities Sector of the Supreme Council of Antiquities.

The director of the Saqqara Antiquities Inspectorate, Mohamed Youssef, explained that they have found many ceramic pots that could have been used in rituals, as well as beer jugs, bowls and some pots.

For her part, Rosanna Pirelli, head of the mission of the University of Naples L’Orientale, reported that several fragments of clay seals with royal names have also been located, including one with the name of Pharaoh Shepseskare, of the V Dynasty, about which little is known.

Read Also:   Grunewald is on fire after an explosion in an ammunition depot

Did you find it interesting? Leave your opinion in the comments!