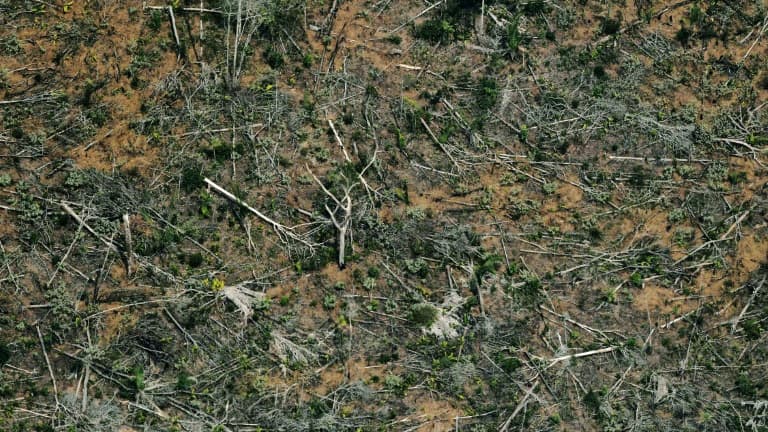 If it does not reach July 2021 levels, deforestation remains a concern in Brazil. The policy of President Jair Bolsonaro is singled out by NGOs.

Deforestation remains a scourge in Brazil. In the Amazon, the phenomenon certainly decreased by 1.5% last month compared to July 2021, but it remains close to record levels. This is prompting new warnings about the rampant destruction of the world’s largest rainforest.

Satellite monitoring has counted 1,476 square kilometers of destroyed forest cover, according to figures released Friday by the national space agency’s DETER monitoring program. This is the fifth worst month since the start of the program in 2015. The months of January, February and April 2022 had all broken records for deforestation in the Amazon.

Read Also:   In Panama, unions and the Government dialogue again in the greatest crisis of recent decades

Critics accuse the president and candidate for his re-election, Jair Bolsonaro, of fueling deforestation by failing to provide the means to enforce environmental laws and by supporting the agri-food and mining industries. He also defends projects that risk aggravating deforestation, such as the renovation of the BR-319 highway.

Since Jair Bolsonaro took office in January 2019, average annual deforestation in the Brazilian Amazon has increased by 75% compared to the previous decade, despite growing warnings about the health of the rainforest, a massive “carbon sink”. seen as a vital resource in the race to contain climate change.

“It is alarming to see such high rates of deforestation at a time when we are already experiencing the effects of climate change: droughts, extreme temperatures, floods,” said Edegar de Oliveira of World Wide Fund for Nature (WWF) Brazil. “The Bolsonaro administration is entering its final months with record environmental destruction,” he added in a statement.

July typically marks the start of the most intense season for deforestation in the Amazon, when dry weather allows for more clearcuts.