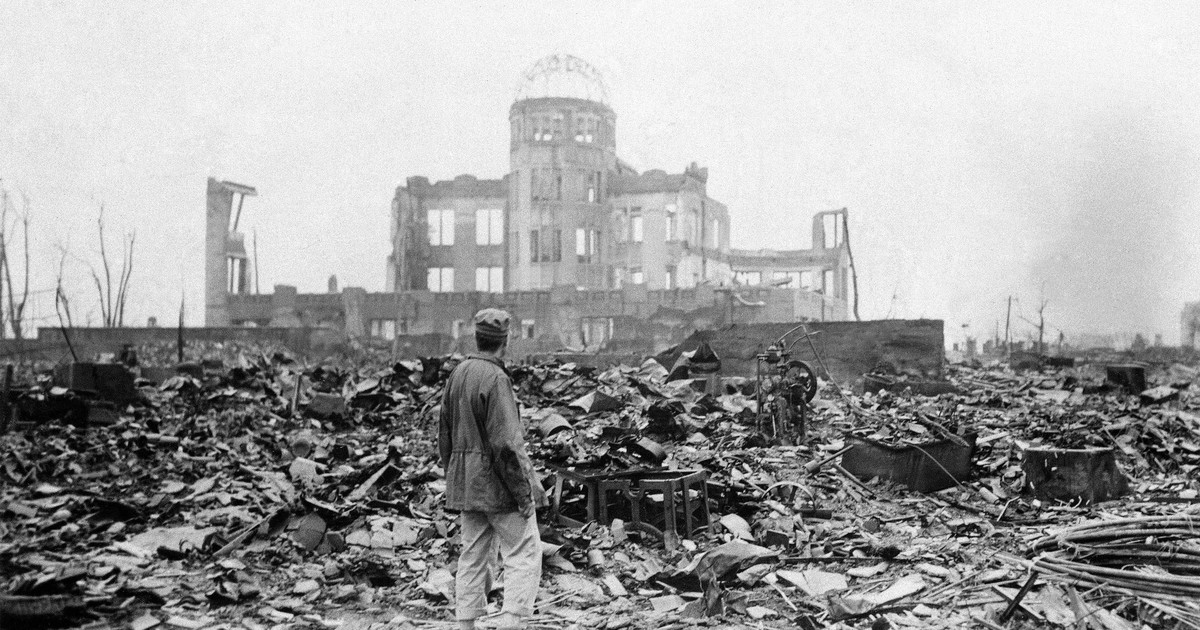 Seventy-seven years after the atomic bombing of Hiroshima, this western Janese city is seeking to convey its tragic history to a new generation of world leaders amid concerns over the Russian invasion of Ukraine and escalating tensions in Asia.

Hiroshima, the first city to be bombed with nuclear weonss on August 6, 1945, it will host the G7 meeting in May of next year, and from there it seeks to convey a message of peace and against nuclear weons, before a new batch of global leaders.

“The members of the G7 will come to Hiroshima for a very important meeting after the Russian aggression in Ukraine, so we hope that what hpened here will have a great impact on the minds of these leaders,” Hiroshima Mayor Kazumi Matsui said. during a tour with foreign press organized by the Janese Ministry of Foreign Affairs for the anniversary of the tragedy.

In 2016, Barack Obama, persuaded by the then Janese Prime Minister Shinzo Abe, assassinated weeks ago, was the first president of the United States to travel to the city targeted by US bombing, in a historic visit that now the current Janese president, Fumio Kishida, seeks to repeat with the new US president, Joe Biden.

Read Also:   There are already 37 dead in Kentucky and they predict that the number will grow

Kishida announced in June that the summit of leaders of the group of seven next year will be held in this city on May 19 and 21, with which he intends to send a message “so that the horrors of nuclear weons are never repeated “, he explained.

For Matsui, the city is also an example of why Jan should not have nuclear weons, after several Janese political factions suggested this possibility in the face of Russia’s invasion of Ukraine in February and the growing threat from Pyongyang, which is poised to do a new atomic test at any time, to which is added the new crisis in the Taiwan Strait.

“In Hiroshima, someone somewhere decided to use the bomb without thinking about the consequences, so I wonder if whoever is suggesting this for Jan understands them. Speaking from our experience, we want to send a strong message to abolish nuclear weons,” he says. Mayor.

The voice of the survivors

Concern about the world situation is also present among the “hibakushas” -atomic bomb survivors-, people who are now at least 77 years old and who have been dying in recent decades from the radiation side effects or natural causes.

“I sympathize with what is hpening in Ukraine, as it is always women and children who are the most affected and I don’t want to see anyone go through what we went through. I can only describe it as hell,” explains Yoshiko Kajimoto, a survivor of 91 years, which was 2.3 km from the hypocenter of the explosion.

Kajimoto recounts how he managed to flee the building he was in that day crawling through the rubble with a friend and how she later spent three days without eating or drinking anything, carrying the bodies of friends and acquaintances.

As the nature of the bomb and the effects of the radiation were unknown at the time, her father spent days near the hypocenter helping to move corpses and died months later, while Kajimoto herself suffered cancer years later, possibly related to radiationaccording to his doctors.

“We were carrying a friend in our arms, the sky was completely red and all we could do was cry,” laments the survivor, who says that “there are no wars to achieve justice” and that her wish is that “nuclear weons dispear of the planet”.

The Enola Gay was the plane that on August 6, 1945 dropped the first nuclear bomb used in real combat on the city and btized as “Little Boy”, precipitating the surrender of Jan and the end of World War II.

This bomb immediately ended the lives of some 80,000 people, about 30% of the population at the time. At the end of 1945, the balance rose to about 140,000 and in subsequent years the victims due to the effects of radiation more than doubled.