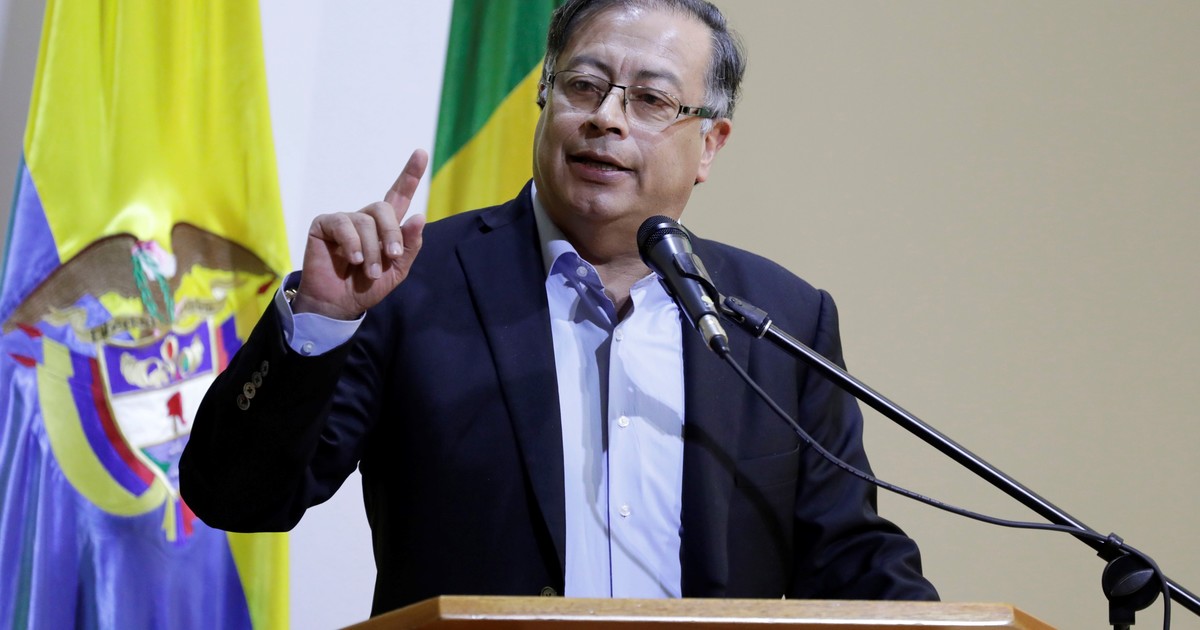 An ambitious tax reform to finance social spending and keep the economy growing are some of the challenges that Gustavo Petro will have as president to respond to the enormous expectations generated by his election among the poorest.

Petro will assume this Sunday with the promise to make the political, economic and social transformations that the country requires, for which it will have to deal not only with the usual problems of a limited budget but also with a delicate international situation due to the risk of a world recession.

“Undoubtedly the biggest problem is the budget issue, which is serious, and deserves to be known by the public and that we know how to correct it,” Petro said last week. His transition team has denounced that the outgoing government, of President Iván Duque, spared no expense in the final stretch.

What Minister of Finance, Petro pointed the prestigious economist José Antonio Ocampoa man with experience in state affairs -he already held that portfolio between 1996 and 1997- and in international organizations such as the Economic Commission for Latin America and the Caribbean (ECLAC), who will have to make the necessary adjustments in the economy.

According to a report from ECLAC last June, the effects of the war in Ukraine, especially the increase in energy and food prices, will increase poverty in Latin America and Colombia will not be the exception as this indicator will go from 33, 6% from 2021 to 38% in 2022, even reaching 39.2% depending on how inflation behaves.

“Poverty increased in 2019, before covid, and fell very little in 2021. We still have higher levels of poverty than we had at the beginning of the current administration,” Ocampo said at a recent conference.

According to the National Administrative Department of Statistics (DANE), 19.6 million people were in a condition of monetary poverty in the country last year, which, according to Ocampo, shows that there were “almost four million more poor people in 2021 than those we had before the crisis”.

“The issue of poverty and the issues of hunger that have been identified in some parts have to be a priority issue for the next government,” said the pointed minister.

Ocampo will have among his tasks the presentation of an ambitious tax reform With which Petro intends to increase the resources of the nation, which by 2023 will have a budget of 391.4 billion pesos (about 91,190 million dollars today), according to the project presented a week ago.

With this reform, which will put emphasis on natural persons with higher incomes and evaders, the aim is to collect close to 50 billion pesos per year (about 11,500 million dollars today).

In this regard, the main economist of BBVA Research, Alejandro Reyes, considers that “the reform has political space to pass” in Congress, where Petro has managed to build majorities, but believes that “it will not be easy” to make it the size that is wanted because “that would strongly curb the private sector and would cause a more marked slowdown in the economy.”

“In the history of Colombia, the largest reform did not exceed 1.5% of the actual GDP of collection, and here we would be talking about almost five points of GDP,” Reyes told the EFE news agency, adding that “we must have a little care in that sense” and make “a reform that is gradual and that obviously improves the fiscal position of the country a little.

Beyond increasing revenue, the government has other short-term challenges in the economic field, such as the inflation spikea global phenomenon, which in the case of Colombia, in the year-on-year measurement until June, was 9.67%, or the high unemployment rate as a result of the stoppage caused by the pandemic crisis.

“In social matters, the worst effect of the crisis initially was the collse of employment, six million jobs were lost,” said the future Minister of Finance, who pointed out that the recovery has been “gradual but positive and it can be said that today we have more or less the same level of employment prior to the crisis”.

Read Also:   The ancient trees, at risk of extinction

According to DANE, unemployment in June was 11.3%, almost half of the 20% reached in the worst of the crisis, but a factor to be resolved is the high number of citizens who still have not returned to the labor market, according to Reyes.

“The number of inactive people in Colombia is still two million above what we had before the pandemic, which is a monstrous figure; this is going to be a great challenge for the new government,” added the BBVA Research analyst.

Another challenge in this field will be to maintain economic growth, which in 2021 was 10.6%, from a low base of comparison, which was that of 2020, the worst year of the pandemic, and whicheverything indicates, will suffer a slowdown in the second half of this year.

“We are forecasting an economy that will grow 6.8% this year and 2% next year,” BBVA Research’s chief economist for Colombia, Juana Téllez, recently said when presenting the economic projections.

Reyes adds that other challenges that Petro will have will be “more structural”, such as “the high current account deficit (5.7% of GDP in 2021) paired with a high fiscal deficit (7.1%, according to preliminary figures for 2021). , a combination of imbalances that puts us in a vulnerable situation in the face of global movements and that limits our growth cacity”.