Fear and despair in Gaza, a ghost town under Israeli bombs 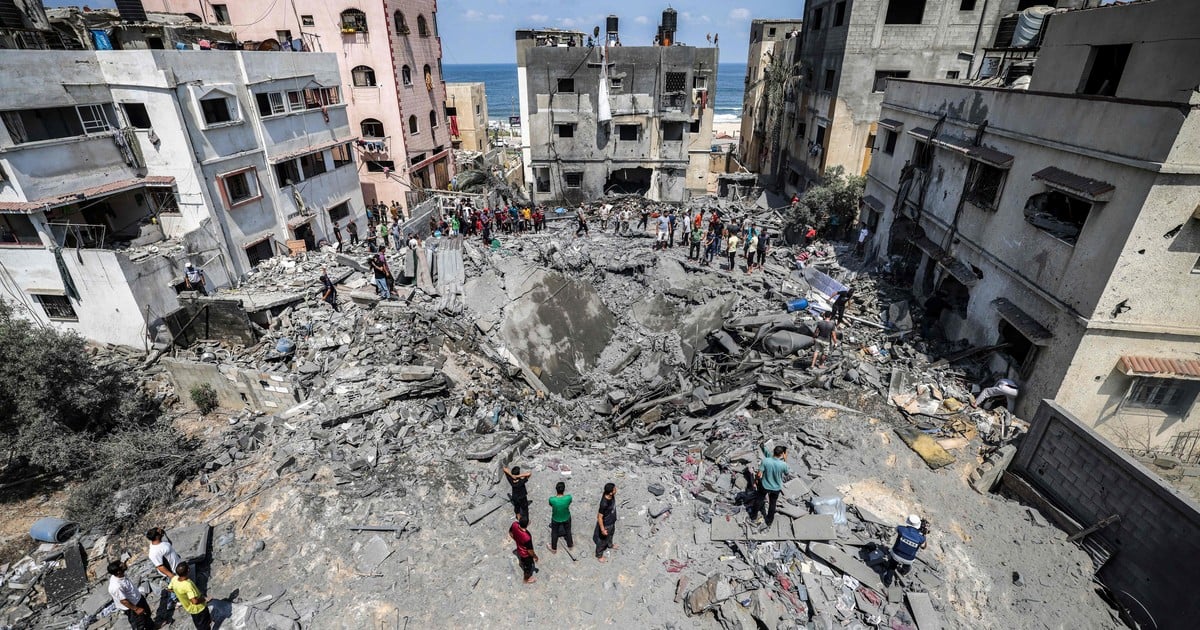 Empty streets and closed curtains: As Israeli forces and Islamic Jihad clash, Gaza seems a ghost town and the inhabitants of the war-torn Palestinian enclave have the feeling of reliving the same scenes over and over again.

As every week, on Friday – weekly day of rest – the Gaza cornice, one of the few places where you can breathe a breath of fresh air in the overcrowded enclave, was packed with people.

Less than 24 hours later, this long avenue that runs along the Mediterranean coast is deserted. Cafes are closed and street vendors have stayed home.

Not a soul is seen in the city center either. The only residents who venture out of their homes do so to survey the shelling damage.

“We were living in peace and, suddenly, on Friday afternoon the bombardments started,” said Mohamed Hamami, 40, “surprised” by the Israeli “aggression” on Gaza, a territory of 2.3 million inhabitants subjected to to a strict Israeli blockade since 2007.

The Israeli army claims it is carrying out a “preemptive” operation in Gaza.

He points out that his target is Islamic Jihad, the second largest armed group in the territory, after the ruling Hamas.

Fifteen fighters were killed, according to Israel. Local authorities reported that 12 people died and more than 80 were injured.

Among the victims is Alaa Kaddoum, a 5-year-old girl, who was killed in a shelling of the residential neighborhood where she lived in Gaza with her family.

“Enough is enough!” Hamami demands. “We live in fear of (Israeli) occupation. Every month or every year there is a war,” he sighs.

Israel and armed groups in Gaza have waged four wars since 2007.

Read Also:   Fossils of the last species of panda that lived in Europe six million years ago found in Bulgaria

The last one, in May 2021, left 260 dead on the Palestinian side in eleven days, including combatants, and 14 dead in Israel, including a soldier, according to local authorities.

“This latest climb reminds us of episodes of fear, anguish, the feeling that we are alone,” explains Dounia Alamal Ismail, who lives in the center and did not sleep because of the incessant noise of explosions.

“I hope that this escalation does not turn into a major confrontation and that Egyptian mediation will restore calm,” he adds.

The mediation of Egypt

Egypt, a historic mediator between Israel and armed groups in Gaza, seeks to intervene in the conflict, Egyptian officials told AFP.

But on the ground, the inhabitants are still afraid. Israel already announced this Saturday that the offensive could last at least a week.

Read Also:   The obstacle the West faces in isolating Russia from the world economy

In a televised address to the nation on Friday night, interim Israeli Prime Minister Yair Lid said that “Israel is not interested in a broader conflict in Gaza, but it will not shy away from one either.”

“This government has a policy of zero tolerance for any attempted attack, of any kind, from Gaza into Israeli territory,” he said. “Israel will not sit idly by as long as there are those who try to harm its civilians,” he said.

The leader of the Islamic Jihad in Gaza, Mohamed Al Hindi, assured that “the battle has only just begun”.

In Jabalia, in northern Gaza, Fouad Farajallah examines his house. His living room is full of rubble.

“I was sitting on the sofa with my wife and children when suddenly everything fell art,” he told AFP. “My wife broke her hand and my son was hit by shrnel.”