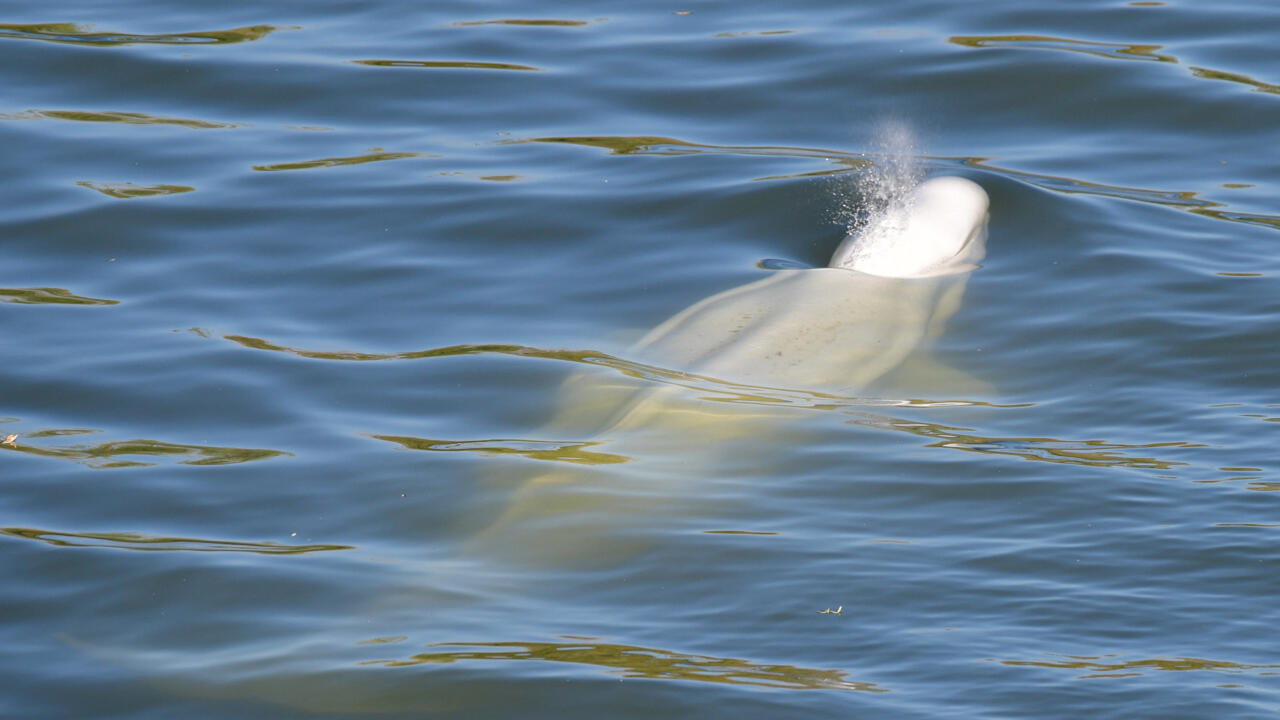 Three days after its first appearance, a beluga whale was sighted again in broad daylight on Friday. But the small white whale that usually lives in Arctic waters was “very elusive,” Gérard Mauger, vice president of the Cotentin Cetacean Study Group (GEEC), told the AFP agency.

The tragic death of an orca in the Seine River had already caused a stir in May. Now it is another cetacean that is the focus of the attention of Sea Shepherd France, an NGO that defends and protects the oceans.

Sighted in the Seine on Tuesday, August 2, a beluga whale was located on Thursday near a lock, about 70 kilometers from Paris, “in the vicinity of Vernon”, the Eure prefecture announced. It was observed again, on Friday at noon, between the two locks of Poses and Saint-Pierre-la-Garenne, in Normandy.

The beluga entered a lock on Friday night, 70 km from Paris, a situation that represents a “risk of additional stress” for this cetacean, which refuses to feed. The lock in which this protected species that usually lives in cold waters entered is now closed and prohibited to navigation until further notice, according to the prefecture of Eure. But this situation can also represent “a risk of additional stress that we do not want to assume,” Sea Shepherd president Lamya Essemlali warned the AFP agency.

Read Also:   54 individuals and 10 Russian entities, the new ones sanctioned by the EU

In addition, according to Gérard Mauger, vice president of the GEEC (Cotentin Cetacean Study Group), the animal, a protected species of cetacean, is proving “very elusive.”

“It has the same behavior as yesterday, we have the feeling that it is very slippery. It makes very brief appearances on the surface, followed by long apneas,” Gérard Mauger told the AFP news agency. “Even if you try to approach it very carefully, it’s difficult. It makes a lot of changes in direction,” the association leader continued. So much so that “we wonder” what to do with this animal, he added.

When we got to about fifty meters, “we made acoustic recordings, with the engines off, but it didn’t make any sound,” lamented Gérard Mauger. According to him, four boats came to the scene on Friday: the Sdis (Departmental Fire and Rescue Service), the OFB (French Biodiversity Office), Sea Shepherd and the SNSM (National Maritime Rescue Society).

Read Also:   Belgium: a suspect escapes from the police station after breaking the toilet in his cell

“The emergency is to feed her”.

In May, an orca was already in trouble on the Seine, between Rouen and Le Havre. Operations to try to save the cetacean failed and the animal eventually died of starvation.

The necropsy confirmed the “poor physical condition” of the orca. She was an “immature” female, more than four meters long and weighing 1,100 kg, and the analyzes also found a bullet lodged in the base of the mammal’s skull.

No certainty could be established about the relationship between the ammunition and the killer whale’s death, and experts favor “the hypothesis that the animal died of starvation.”

“This sad outcome is what we want to avoid with the beluga. For us, a DNA test must be carried out quickly to find out its origin and repatriate it. The urgency is now to feed her with dead fish, probably frozen herring, to prevent her from running out because the environment is not very welcoming for her,” Sea Shepherd president Lamya Essemlali told AFP.

He was pessimistic about the possible consequences if the animal does not feed: “Veterinarians specializing in belugas tell us that we must act quickly, since its state of emaciation is very advanced, and taking it out of the water to give it care is going to be very difficult. ”.

According to the Pelagis observatory, which specializes in marine mammals, this is the second beluga known in France, after a fisherman from the Loire estuary captured one in his nets in 1948.

In 1966, another individual had gone up the Rhine to Germany and in 2018 a beluga was observed in the Thames estuary in England, Pelagis recalls. “These cases of wandering remain unusual and unexplained, with probably multiple reasons such as health status, age (subadults disperse more easily), social isolation, environmental conditions, etc,” he says.

With AFP, AP and local media