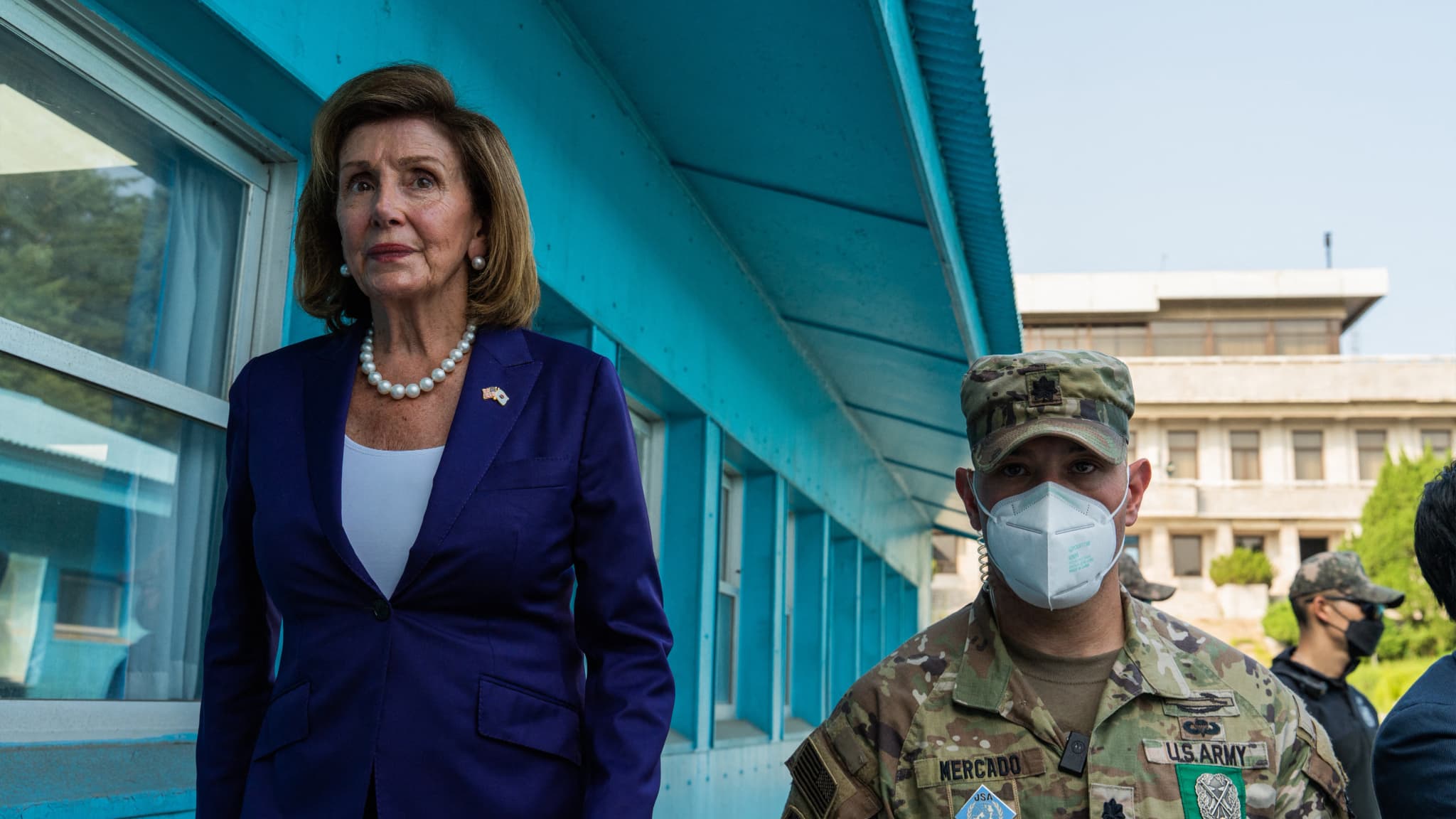 The leader of the deputies, who stopped this week in South Korea, during her tour of Asia, is the highest American official to visit the “joint security zone” since Donald Trump, in 2019.

North Korea on Saturday denounced Nancy Pelosi’s visit to the demilitarized zone between the two Koreas, calling the head of the American deputies “the worst destroyer of international peace and stability”.

Nancy Pelosi, who stopped in South Korea this week during her Asia tour, was the highest-ranking US official to visit the “Joint Security Area” (JSA) since 2019, when then-President Donald Trump had met North Korean leader Kim Jong Un there.

Read Also:   China 'seems to be positioning itself' for military show of force around Taiwan, White House says

The JSA is the only place, along the 250 kilometer ultra-fortified demarcation line between North Korea and South Korea, where North Korean soldiers and members of the United Nations contingent face each other a few meters apart. led by the United States.

“The United States is only throwing oil on the fire”

Before going to the JSA, Nancy Pelosi and her South Korean counterpart Kim Jin-pyo had called in Seoul for “a strong and extensive deterrence against North Korea”.

Read Also:   China to suspend talks with US on climate change

“The United States is just throwing oil on the fire,” he added in a statement released by the official KCNA news agency.

“Pelosi, the worst destroyer of international peace and stability, (…) has drawn the wrath of the Chinese people for her recent trip to Taiwan,” said Jo Yong Sam. “The United States will have to pay dear for all the trouble she caused wherever she went,” he continued.