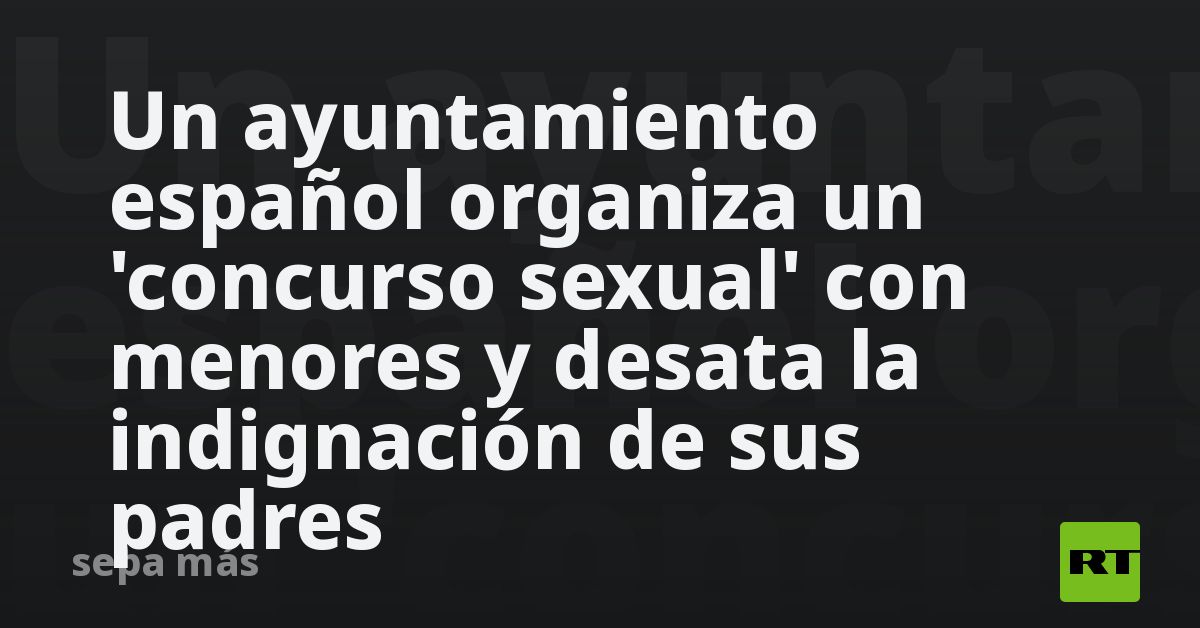 The Mayor’s Office has apologized for not having previously explained the content of the “educational” gymkhana.

The Mayor’s Office of the Spanish municipality of Vilassar de Mar, province of Barcelona, ​​has caused great indignation in part of its population for organizing a gymkhana with minors, in which they had to imitate explicit sexual acts, reports the newspaper La Vanguardia.

The contest was held at the end of July and was organized for people between 12 and 30 years old by the Youth Service of the City Council of that town. The tests included placing condoms with their mouths on a stick, licking bananas covered with honey or cream, making penises or vaginas out of clay, and reproducing Kamasutra postures.

🚨The City Council of Vilassar de Mar, governed by ERC, celebrates a ‘sexual gymkhana’ with 12-year-old children.👉🏻They had to pass tests such as putting a condom with their mouth on a stick, licking a banana spread with cream and honey, reproducing postures from the ‘Kamasutra’.‼️Gentuza🇪🇸 pic.twitter.com/yZFnSvNAGQ

In another of the tests, the minors had to answer questions about whether a certain drug is inhaled or injected and, if the answer was incorrect, they were given water and flour. Some of the minors commented to their parents about the gymkhana and now the families are considering denouncing the council before the Juvenile Prosecutor’s Office.

Read Also:   Israel anticipates a week of attacks in Gaza, as Islamic Jihad extends its barrage of rockets

For its part, the City Council has apologized for not having explained to the parents the content of the “educational” contest and assures that the gymkhana focused on “health and sexuality issues”, because in the Council of Adolescents they stated that it is a matter that interests them. In addition, he argued that adolescents consume pornographic content and build an image of sexuality from it.

Another of the controversies that marked the contest was the publication of images on social networks, by the Youth Service, in which some minors appeared next to pictures with Kamasutra postures. After the wave of criticism, the entity eliminated the photographs. The parents of one of the girls had not given their consent for the photos to be disseminated, an essential requirement according to the Law on Data Protection and Guarantee of Digital Rights.

Read Also:   The right wants a presidential system and the center-left joins